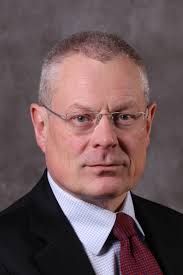 Sir Gary Hickinbottom became Honorary President of SAHCA on 13th November 2009. The Right Honourable Lord Justice Hickinbottom was appointed a Lord Justice of the Court of Appeal in 2017 and therefore, as is customary, was also made a member of the Privy Council. He is only the second solicitor to be appointed to the court of appeal.

He was admitted as a solicitor in 1981 and later became a partner in the City firm, McKenna and Co, specialising in complex commercial litigation. Sir Gary was appointed a Recorder in 1994, a Circuit Judge in 2001, Chief Social Security Commissioner and Child Support Commissioner in 2003, and Chief Pension Appeal Commissioner in 2005. In 2008 he became the fourth solicitor advocate to be appointed to the High Court Bench.

Since becoming the Honorary President of SAHCA Sir Gary has been actively involved in our aims and ambitions, usually attending our high profile events such as the annual Lord Slynn Lecture in the Royal Courts of Justice and our annual Advocacy Conference. He strongly encourages more solicitors to consider the judiciary as a career.